This milk-white kurta, unique in grace and elegance, crafted out of pure cotton with fine weave, weft and warp of even thickness, is a characteristic Indian wear combining ethnicity with ultra-modernism. As a summer wear and for comfort and ease a kurta is now the choice of thousands of men and women world over not only in countries with hot climate but also Europe and other countries with similar climatic conditions. Kurta is always an essential component of foreign tourists’ shopping in India and many of them consider their tour to India incomplete unless they move around in a kurta.

This Indian wear has a long past. As suggest sculptures of different periods in India the kurta was in fashion since very early times – for over two millenia. In early days it seems to have been the costume of subordinate classes. It was during the late medieval period that it emerged as the costume of nobility. A kurta with chikan embroidery that defined the kurta’s new incarnation was the chosen garment of the Nawabs of Oudh, and Lucknow, its capital, emerged as its main centre. As suggest some eighteenth-nineteenth century specimens in the State Museum, Lucknow, by the late eighteenth century itself the chikan embroidered kurta had attained all heights of accomplishment.

This kurta with translucent milky white texture and fine chikan embroidery all-over the front is reminiscent of that great art of the Nawabs who attributed to it the status of a royal wear and added to it rare artistic dimensions, magnificence and sophistication. It has same grace, lustre and finish and reveals same translucence as those early specimens in the Museum. Though a large size, this piece is meant for both, the men and the women. Its design has been conceived with full sleeves, oval neck and standing collar. The entire front and some sensitive parts of the sleeves have been adorned with Luchnavi chikan embroidery. As suggests irregular placing of embroidered floral patterns it is purely the work of hands. Not contrast – thread’s colour being in contrast to the base, sameness of colours of the embroidering thread and that of the ground, more often white, is the special feature of the Luchnavi chikan embroidery.

This description by Prof. P.C. Jain and Dr Daljeet. Prof. Jain specializes on the aesthetics of ancient India. Dr Daljeet is the chief curator of the Visual Arts Gallery at the National Museum of India, New Delhi. They have both collaborated on numerous books on Indian art and culture. 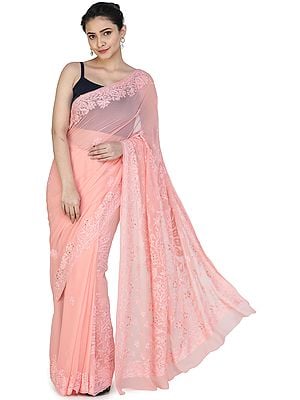 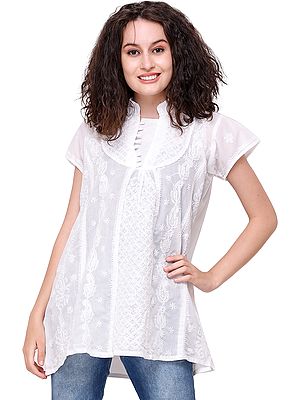 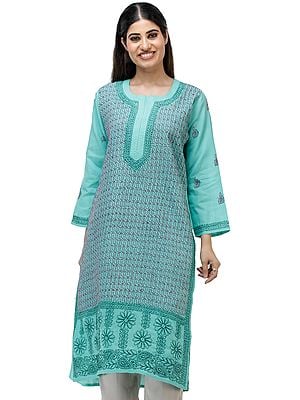 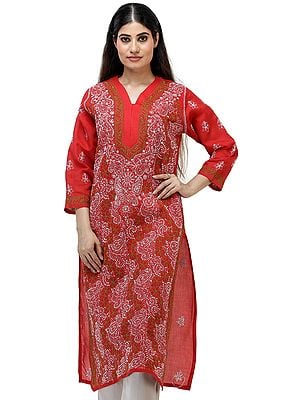 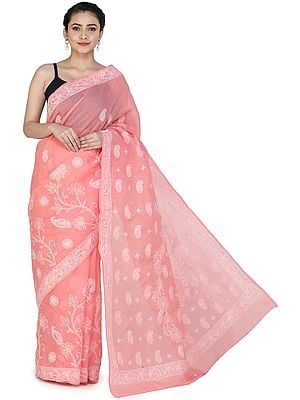 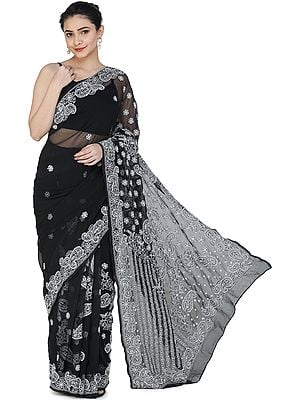 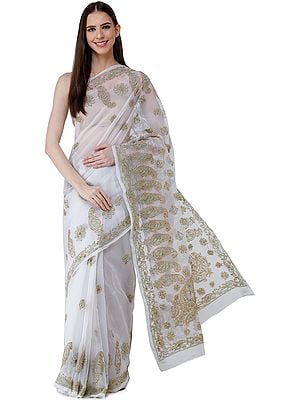 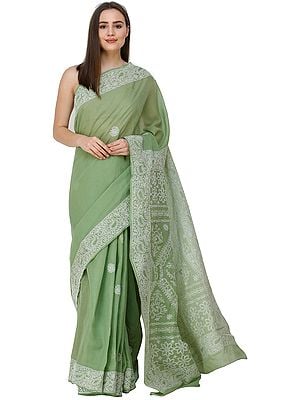 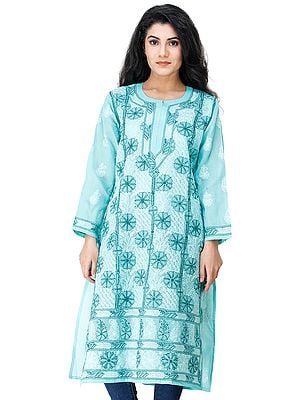 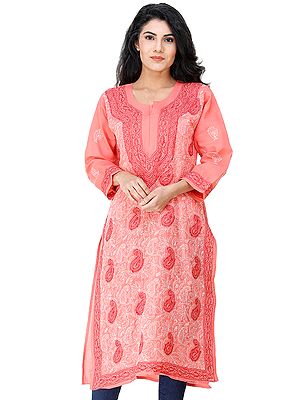 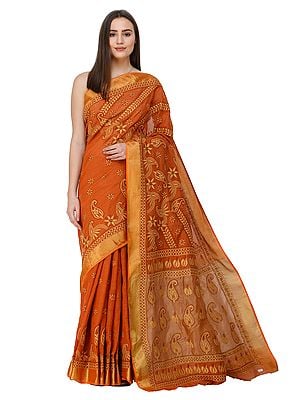 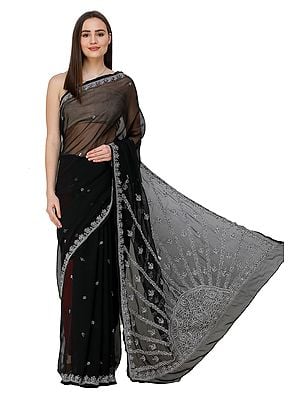 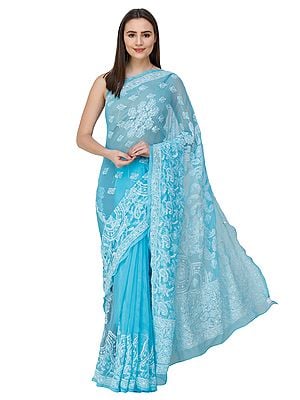 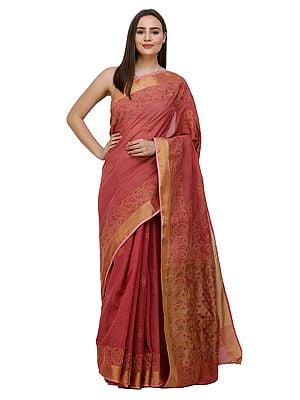 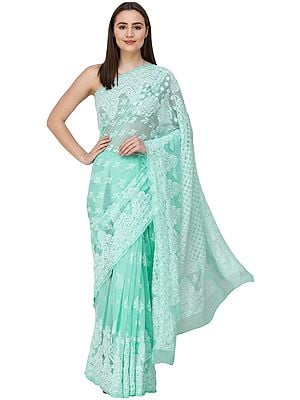